Experience the magic of Sri Lanka

Sri Lanka is often overlooked by travelers in favor of its larger neighbors India and Thailand, but for anyone searching for adventure, relaxation and the splendors of mother nature, size really does matter. Go small.

Home to eight UNESCO sites and more than 800 miles of Indian Ocean coastline,
look to this island country for beautiful ruins, breath-taking vistas and
exotic wildlife, all without the hassles of in-country flights or long bus rides.

Outside of the lowlands in the country, sacred Peak Wilderness Sanctuary is the
only place to see the Sri Lankan elephant, an endangered subspecies of the
Asian elephant native to the island. Part of the Central Highlands UNESCO site,
this protected area not only brims with biodiversity but also hosts Siripadaya
Peak. Also known as Adam’s Peak, with its 6 foot rock formation known as the foot print of Buddha, offers
spectacular views. But don’t forget to breath in the sacred air. It’s
considered important to Buddhists, Hindus, Muslims and Christians. Hike up
early in the morning for the sunrise, clanging bells and memories for a lifetime. 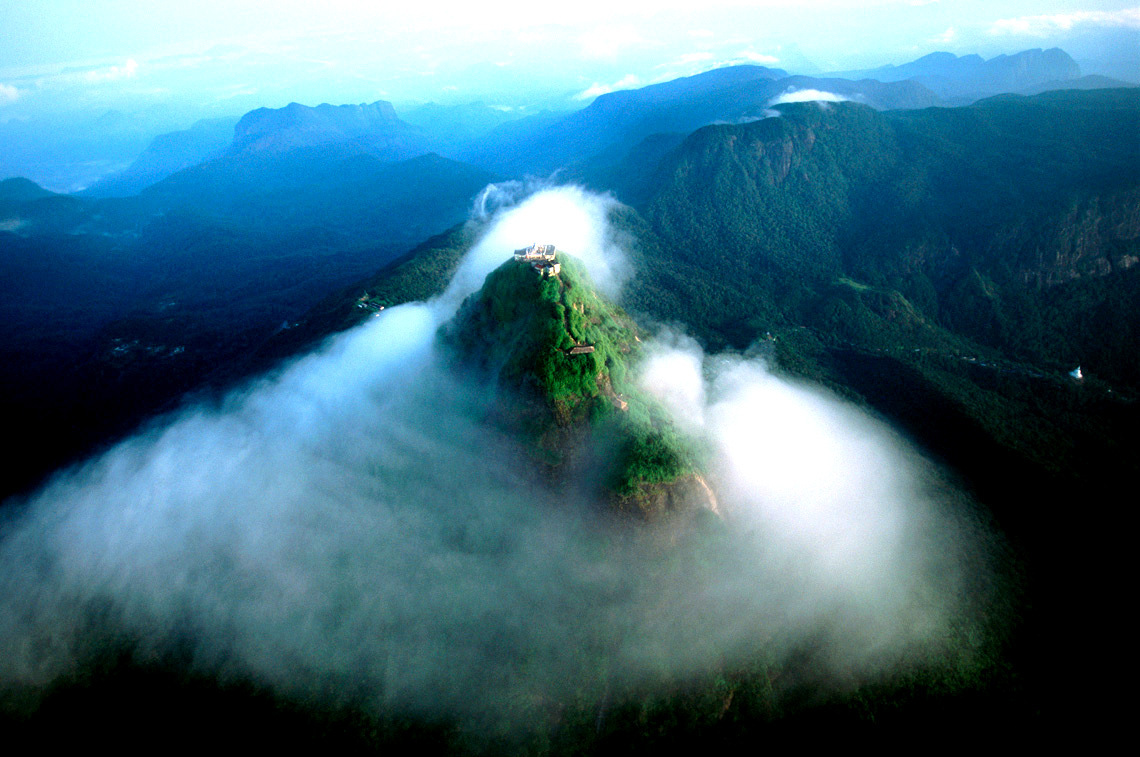 Today’s capital of North Central Province, Anuradhapura is best known for
having been an ancient capital of Sri Lanka. Now, the series of well-maintained
ruins offers visitors a glimpse of ancient Ceylonese culture such as the
man-made pools of Kuttam Pokuna and the Seven Sites of Veneration. Beside a
bodhi tree, stands the remains of the Brazen Palace, where 1600 columns still
remain, marking the former home of 1,000 or so monks and attendants first built
over 2,000 years ago. Wander the grounds and marvel at the UNESCO sites splendors.

3. The magical presence of Sigiriya

The towering, fantastically-shaped Sigiriya Rock is only the beginning. Climb
the rock, which also serves as the main public entrance, to enter the
UNESCO-listed fortress. Walk a little further to discover the ruins of the Sky
Palace. Protected but moats and walls, its a marvel of human ingenuity in a
naturally amazing setting.

4. The frenetic pace of Colombo

The commercial capital and largest city in Sri Lanka is a bustling place that
combines the new with the old. The natural harbor saw traders including the
ancient Chinese and Indians, but it was perhaps the stays by outsiders of
Portuguese, Dutch and British origins who have left the biggest marks. Today,
this multicultural city is where skyscrapers and temples exist side-by-side.

The Temple of the Tooth is the main attraction at this UNESCO site. In the
former royal complex of the Kingdom of Kandy, this site is sacred to Buddhists
because it is said to house a relic of the tooth of the Buddha. Outside the
temple walls are tea plantations, a bustling town, and a lake. 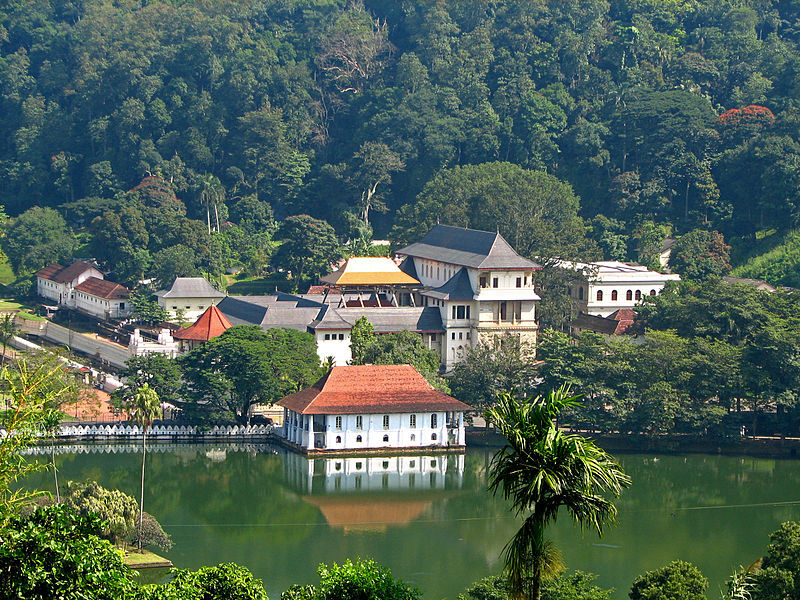 Ancient Buddhist murals and statues abound in the subterranean must-see. Also
knowns as the Golden Temple of Dambulla, this UNESCO site less than 50 miles
from Colombo is the largest and best-preserved of its kind in the country. With
157 statues and spectacular murals covering more than 2,000 square meters of
wall, it’s easy to see why it has been a pilgrimage site for over 2,000 years. 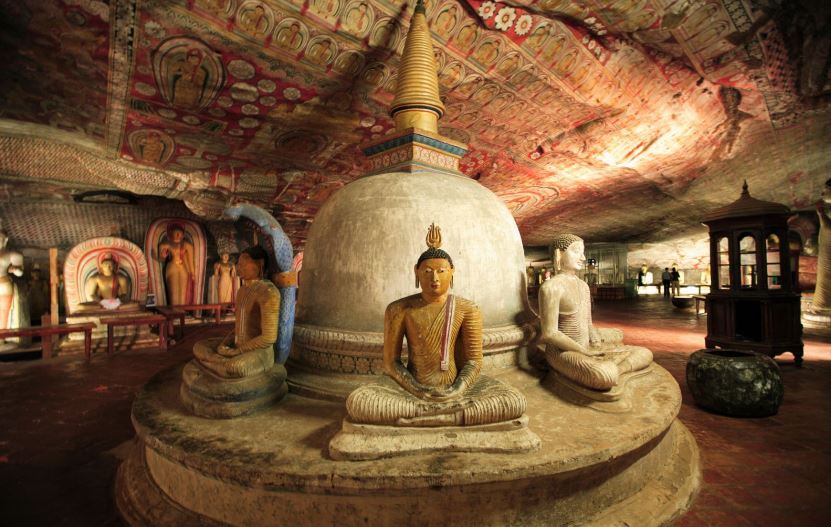 7. Beaches of the West and Southeast Coasts

With ritzy hotels and plenty of waves, Sri Lanka is a destination for avid
surfers and casual sun-seekers alike. Some of the most popular are the western
coast resort towns of Negombo, Beruwala and Bentota. Or, for a more relaxed,
hippy vibe, many have traveled to Hikkaduwa. Head further south to Galle if
you’re looking for a beach escape mixed with a bit of history. The fort in town
is the largest fortress built by European occupiers still standing in Asia.
Looking to surf? Swing around to the Southeast coast towns of Matara and
Mirissa, both well-known for their surf schools. 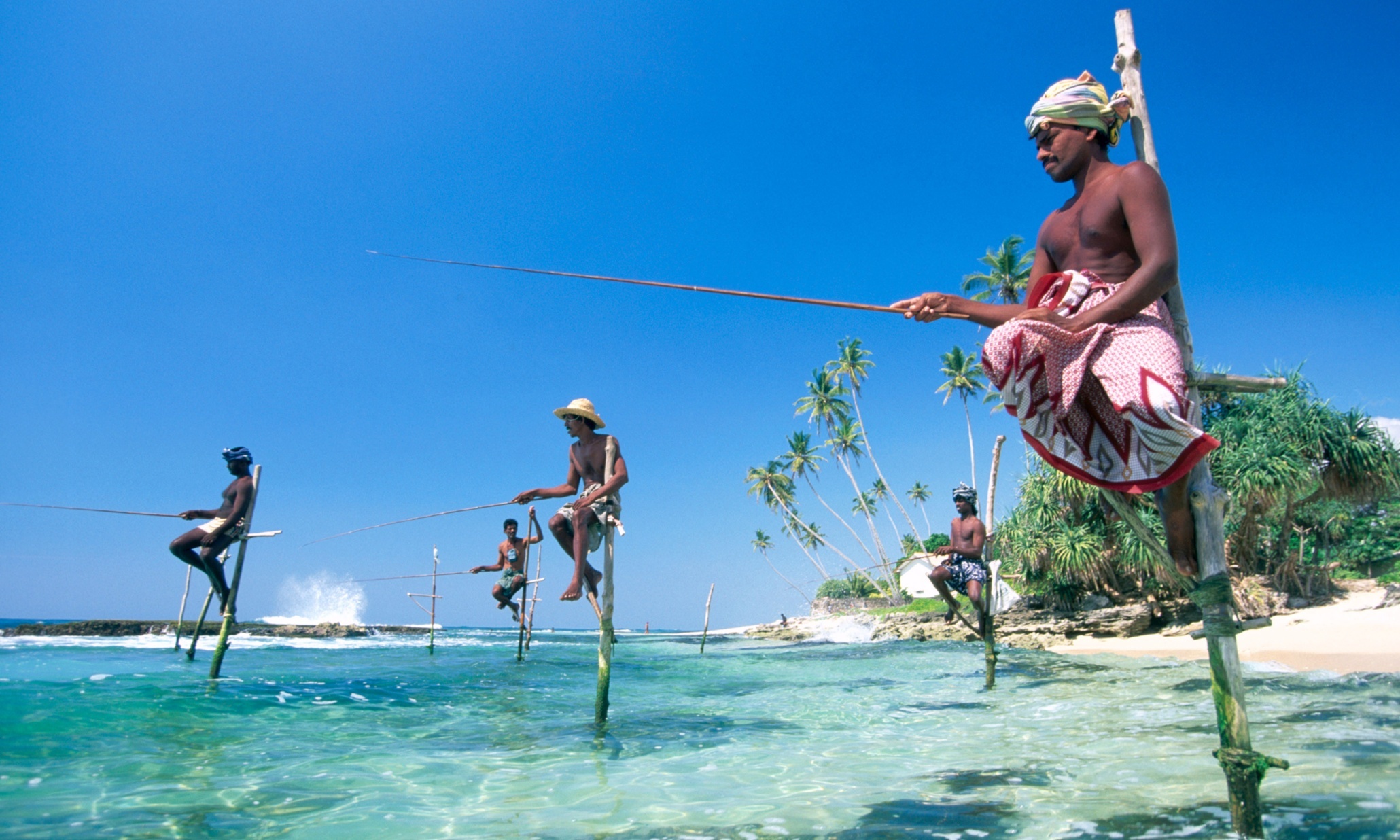 Perfect for kids or adults who are young at heart, make the journey just as fun
as the destination. Sri Lanka's rail system serves most major towns on the
island and while its slower than hiring a private car, it can also be a lot
cheaper and offer great views. Look for the observation cars, especially on the
Colombo-Kandy route, but be sure to book early as they often sell out during
the high season.

Although it is quite compact, Sri Lanka has more than a fair share of
biodiversity. On an excursion to the mountains of Peak Wilderness Sanctuary,
you might spot the rare Sri Lankan elephant in between visits to sites sacred
to Buddhists, Hindus, Muslims and Christians alike. Then take a trip through
the rainforests before spending some time enjoying the white sand beaches.
Either way, Sri Lanka is screaming to be explored and with most modern day
tourist destinations seeming overcrowded, right now is simply the best time to
visit this fascinating land.

Experience the magic of Sri Lanka