Diverse, scenic and infused with culture, in many ways the islands are symbolic of everything Italy has to offer the traveler and depending on which destination you choose to visit, there is an incredible variety of experiences to be found on each one. From rugged coastal landscapes to sublime traditional cuisine, from stunning red sunsets to local wine and historical UNESCO World Heritage sites. While more than 80 islands can be found dotted around the surrounding regions, there are certainly some which offer a little more allure and appeal than others.

Here is an overview of the 5 most popular islands in Italy and what you can expect in each one:

Sicily, Italy’s fertile, agricultural belt and largest island, possesses many charms to delight its visitors. Separated from mainland Italy by the strait of Messina, Sicily is an island which has a very close connection to the sea. It has its own little islands scattered along the coast which originated as a result of the volcanic activity of nearby Mount Etna. These islands are perfect locations for day trips, in particular, the Aeolian Islands, a UNESCO world heritage site, are worth a visit.

Mount Etna, located on the eastern coast of the island, is Europe’s largest volcano, while the numerous natural parks in this area offer spectacular scenery and geological features that have been etched into the landscape over thousands of years. Despite the balmy conditions in Sicily, one can also experience glacial temperatures at the high altitudes near Etna (Wine's from Sicily will help one stay warm, but proper winter clothing works best).

Known in ancient times as Trinacria, Sicily retains much of its historical remnants to this day. Greek and Roman architecture, dating back to the 5th century B.C., are very much in view around the island and The Valley of Temples at Agrigento is yet another UNESCO world heritage site, which provides wonderful insights into a culture which thrived here in bygone days.

And then there is Palermo, the island’s main city whose architecture, complete with Asian influences, provides evidence of artistic merit, while the Cathedral in particular holds jewels both inside and out. The partly covered marketplace, La Vucciria, has been home to stall holders for hundreds of years and affords visitors a taste of the bazaar. Sicily is a delightful island with as many attractions, to match the grand scale in which you will find them. 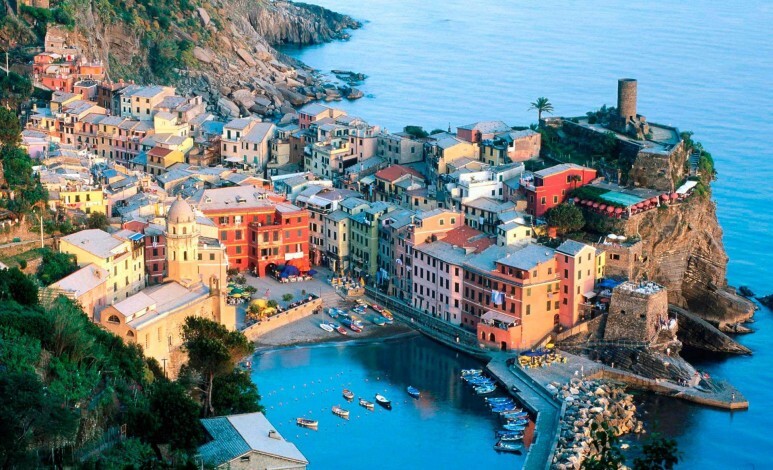 Sardegna is a beautiful island to the west of mainland Italy. In this isle of two personalities the unspoiled wilderness lies alongside modern sophistication and attracts a broad range of visitors each year. A true highlight is the countryside which comprises of many beaches and seaside resorts along the coastline that blend seamlessly into rural farming land and culminate in the vastly undisturbed interior at the heart of the island. This diversity allows for a varied vacation experience in Sardegna.

Although Cagliari is the main town on the island, perhaps the most well-known area is found to the north, along the Costa Smeralda. Two of the towns along this stretch, Porto Cervo and Porto Rotondo, are eternally popular among international celebrities. That being said, there are plenty of resorts that cater to all budgets.

Another highlight of the island can be found in the north, where the Maddalena Archipelago National Park, an archipelago made up of 60 islands, can be toured by boat. This stunning region has remained largely unspoiled as the vast majority of it remains uninhabited. Scuba diving tours are also available for those eager to explore the wealth of life below sea level. Journeying inland from the coast on the eastern side of the island, adventurers will find Gennargentu National Park, which offers high peaks, deep canyons and even caves to explore. This area of natural beauty boasts a wide range of wildlife, including wild cats, falcons, and Sardinian deer.

Sardegna’s surprises include its nuraghi, a pre-historic type of defensive stone structure unique to this island, and the rich variety of dialects which differ from the Italian spoken on the mainland. 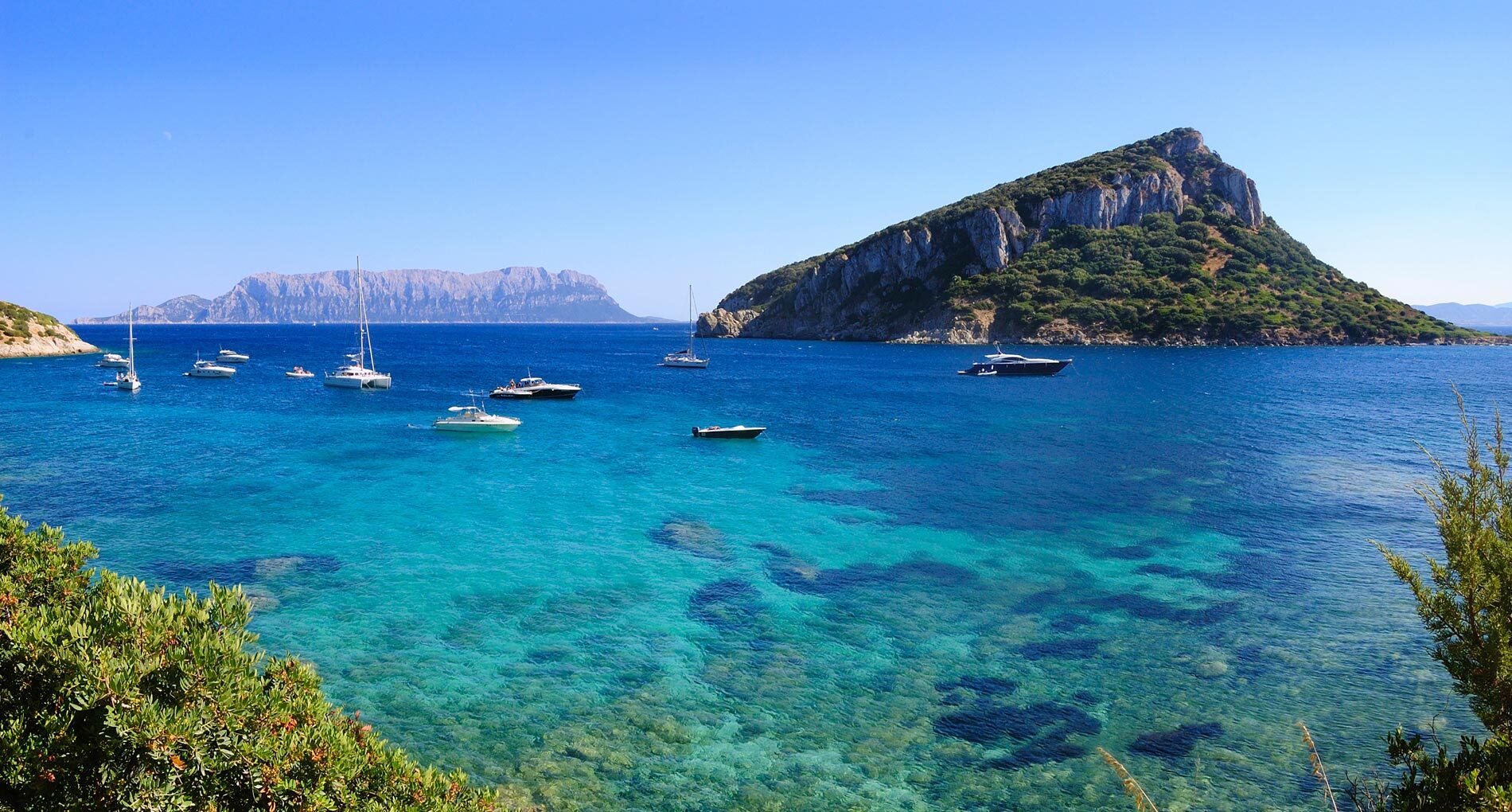 In the northern tip of the Bay of Naples lies the charming island of Ischia. It can be reached by hydrofoil from Naples which will deposit you at the main town, Porto d’Ischia. Tourism came to Ischia relatively late, and its initial success is often attributed to the publicity brought to the island in the 1960’s when Cleopatra was filmed here.

Near the port of Ischia lies the town of Ponte Ischia, named on account of the bridge which connects the impressive Castello Aragonese to the mainland. The first fortress appeared on this site as far back as 474 BC and the castle that still stands today sits atop an islet jutting out of the sea. It occupies a key location in the Bay of Naples and was used extensively over its long history to defend against armies and pirates alike. Castello Aragonese really is a sight to behold. There is much to see inside including gardens, a crypt, prison and museum of torture.

Though the islands origins are volcanic, there has not been significant volcanic activity for hundreds of years. Despite this the island holds onto the benefits of hot water bubbling beneath the surface. For such a small island it boasts over 100 thermal spas, of which Giardini Poseidon is notable. Located on the west of the island in stunning Citara Bay, this spa has over twenty thermal pools and offers almost every treatment imaginable. 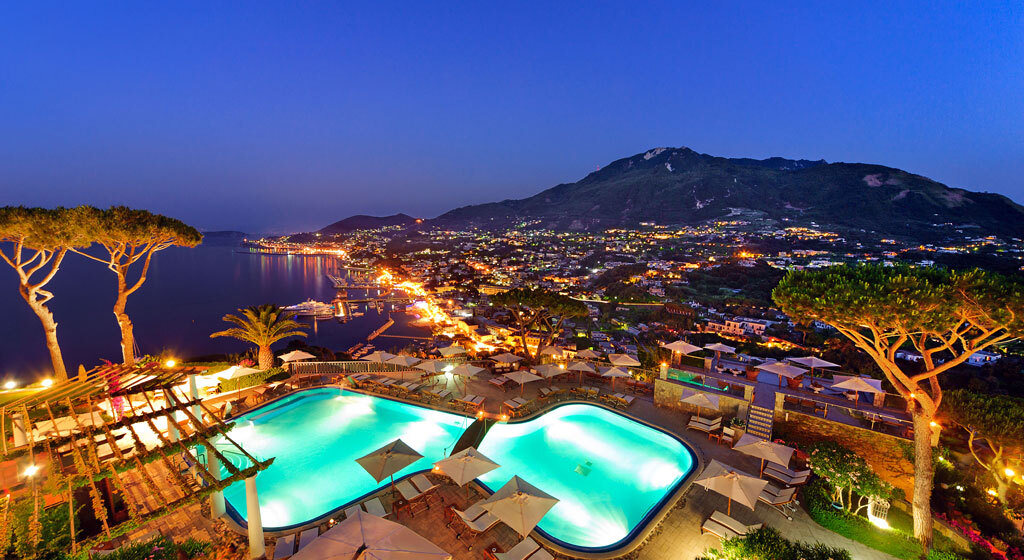 The largest island within the Tuscan Archipelago chain is that of Elba. It is a delightful destination which provides many treasures to all its visitors. From beautiful beaches, to fascinating history and awe-inspiring scenery, this little corner of Tuscany has it all.

Elba is part of the Tuscan Archipelago National Park, which comprises all seven islands where wildlife lives abundantly. Yet, Elba has plenty to offer without straying too far. The Trail of the Butterflies, near Mount Perone, is a sanctuary where over fifty species of butterfly have been recorded. The trail is approximately 2 kilometers long and has three different types of woodland to explore.

Elba itself, which is rich in iron ore, takes its name from the word ‘Ilva’ meaning Iron. Although the mines, which formed the backbone of the island’s industry for many hundreds of years, closed during the 1980’s, remnants of the tools of industry can be explored from Capoliveri on the eastern side of the island.

It was to this island that the famous French emperor Napoleon was exiled back in the 1800’s. There are fine examples of military structures and residences dating to this period of which the Palazzo dei Mulini is notable as it was the residence of Napoleon when he lived here. The Palazzo, located in Elba’s main town, Portoferraio, now houses a museum. Mount Capanne is the highest peak on the island and offers many options for trekking. The peak can be reached by a short chairlift journey. The stunning views from the top span Elba and the rest of the island chain which are unrivaled by most views in this stunning region of Italy. 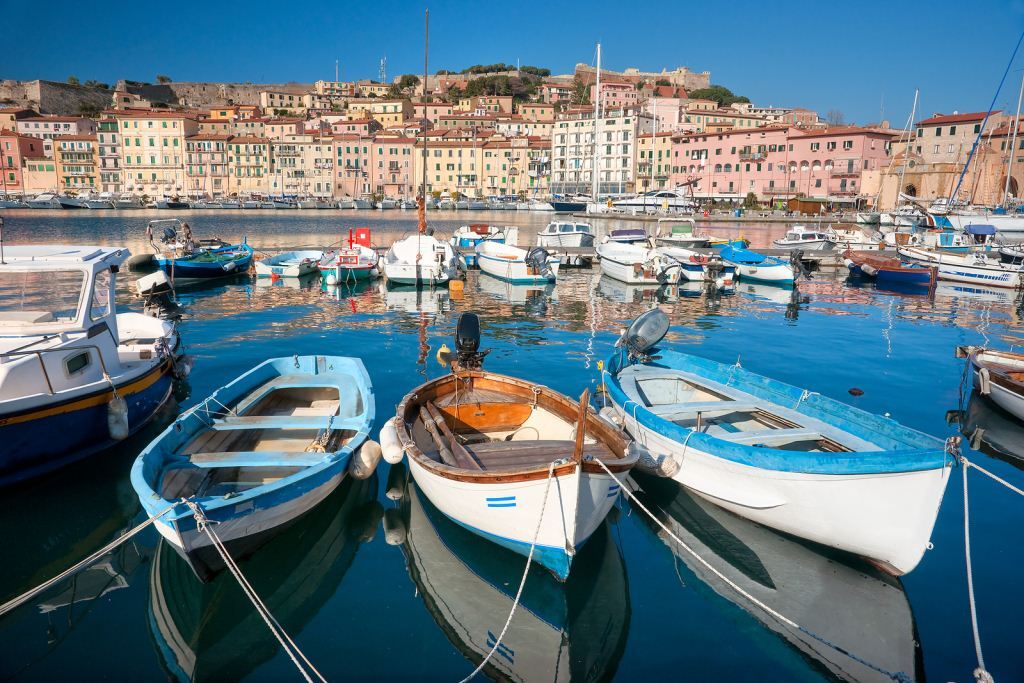 Known as the City of Bridges, Venice is the capital of the Veneto region in north eastern Italy. It is a very popular tourist destination for both city break weekends and as a base to explore the cities of the region such as Verona and Padua.

Venice itself is comprised of about 100 islands situated on the Venetian Lagoon. It is famed for its many canals and the gondolas which transport people around the city. This unique aspect of the city’s geography has lent it an air of romance and mystique over the years and still calls thousands of tourists to visit each year.

Venice has everything you can expect in a modern European city, and more! St. Mark’s Square and Basilica, The Doges Palace, The Rialto and The Bridge of Sighs are all worthy of exploration. The Byzantine cathedral of St. Mark’s Basilica is breath taking in its size and decoration both inside and out, it is simply not to be missed. The Doge’s Palace is a feat of extraordinary gothic architecture which now houses an extensive museum. Different tours are available to choose from depending on your individual tastes and interests, some focus more directly on the palace itself, while others take in the art collections within.

The surrounding islands of Murano and Burano, famous for glass making and needle lace production respectively are essential stops for anyone with an interest in crafts. Renowned all over the world for its scenic nature, Venice is overflowing with attraction and worthy of the popular status it holds for tourists.

No matter which island you choose to visit in Italy, each one will offer a different experience and regardless of the exact details of these experiences, you are always guaranteed majestic scenery, fine food, adventure, history and cultural encounters. From the historical remnants on the largest island of Sicily to the secluded beaches of Sardegna, after spending some time on one of these pristine islands, the question turns to which island to visit next and for how long you can afford to stay.

Travgroup's team will ensure your trip is personalized from your preferred air preference, to a property that best suites your needs and desires 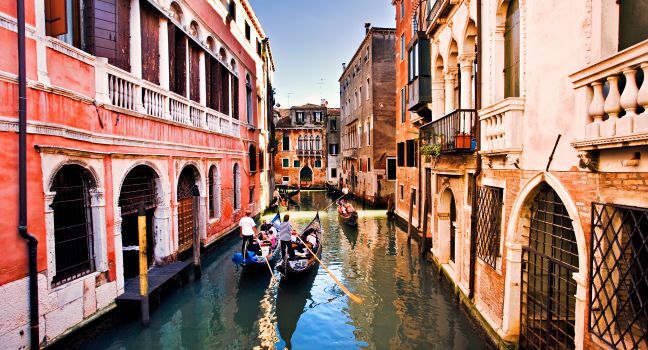 5 day trips from Rome you should not miss

Palmarola, Italy: the islands even locals don't know about it